Animation wizard, Code explorer, Trip sitter and naked house cleaner. Jangling your mind ballz since 1999 come and hear more from Looom's patient zero, the unique James Paterson aka Presstube.
IO: We would love for you to start by giving us a short background about yourself and how you started animating.
‍
JP: I have been drawing every day from a young age, but got interested in animation in the mid 90s when a friend told me to check out (then Macromedia) Flash. I started by making a web series called “Sunday” where I would crudely animate children’s drawings coming to life in inappropriate, lewd scenarios. I was in high school at that time and it was incredibly fun and liberating to publish animations to the early web and have them seen and enjoyed by complete strangers.

A few years later in 1999 I started to realize that I could use Flash to make (slightly) more than juvenile sex cartoons, and Presstube was born. The shift was triggered during an art history class where I saw a behind the scenes film about the work of Canadian experimental animation legend, Norman McLaren. His work and philosophy rocked me and made me realize that animation was something completely open ended and ripe for experimentation. It dawned on me that animation didn’t have to be about characters and clear narratives, but could be as free and unbounded as drawing, painting or conceptual art. 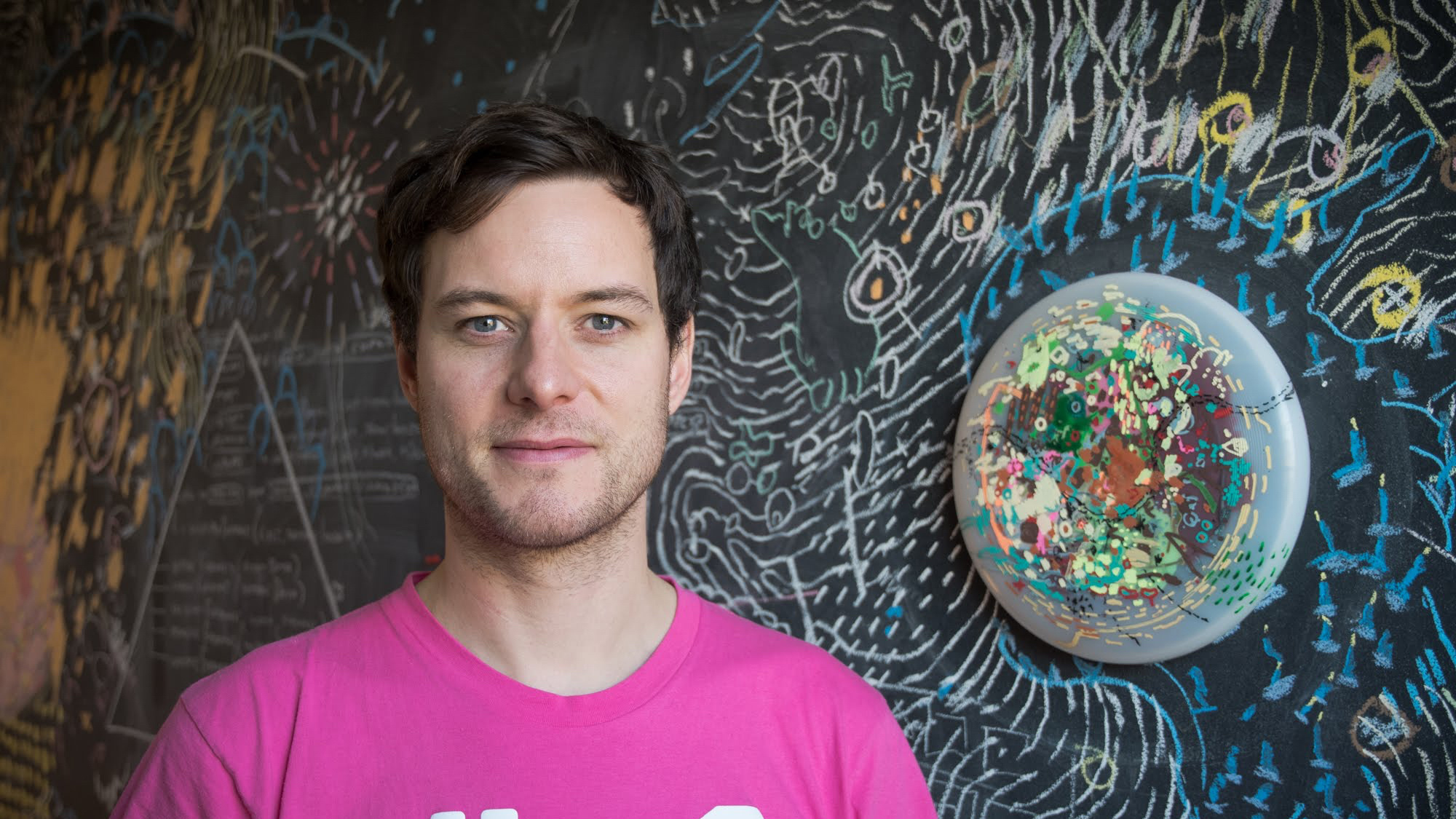 IO: Pulsating quasi genital landscape animator?
‍
JP: No matter how hard I try I can’t seem to escape my potty humor roots. My work is often flirting with the relationship between beauty and disgust. This is not so much a deliberate choice as something which just emerges naturally from my personality.

Sakkāya Diṭṭhi (OBJKT#80057)
IO: We often encounter a biological language made of living symbols in your works, please tell us something about it.
‍
JP: Part of my meditation practice is drawing sequences of symbols/sigils in my mind’s eye. I struggled with depression and anxiety my whole life and at age 31 when I found out I was going to be a father I decided I needed to do something about it. At my uncle’s suggestion I took up meditation and immediately felt like I had come home.
‍
I practice several traditional forms of meditation daily but have also developed a tailor made system to suit the quirks of my own nature;
this is what those symbols are about. I step through drawing them in my mind as a way to settle and sharpen awareness and pry the mind off rumination and repetitive, anxiety-laden thought patterns.
‍
In a separate but related practice I also bind these symbols to chosen themes as anchors for contemplation. Meditation in general and working with these symbols has completely transformed my life and has now spilled into my art. 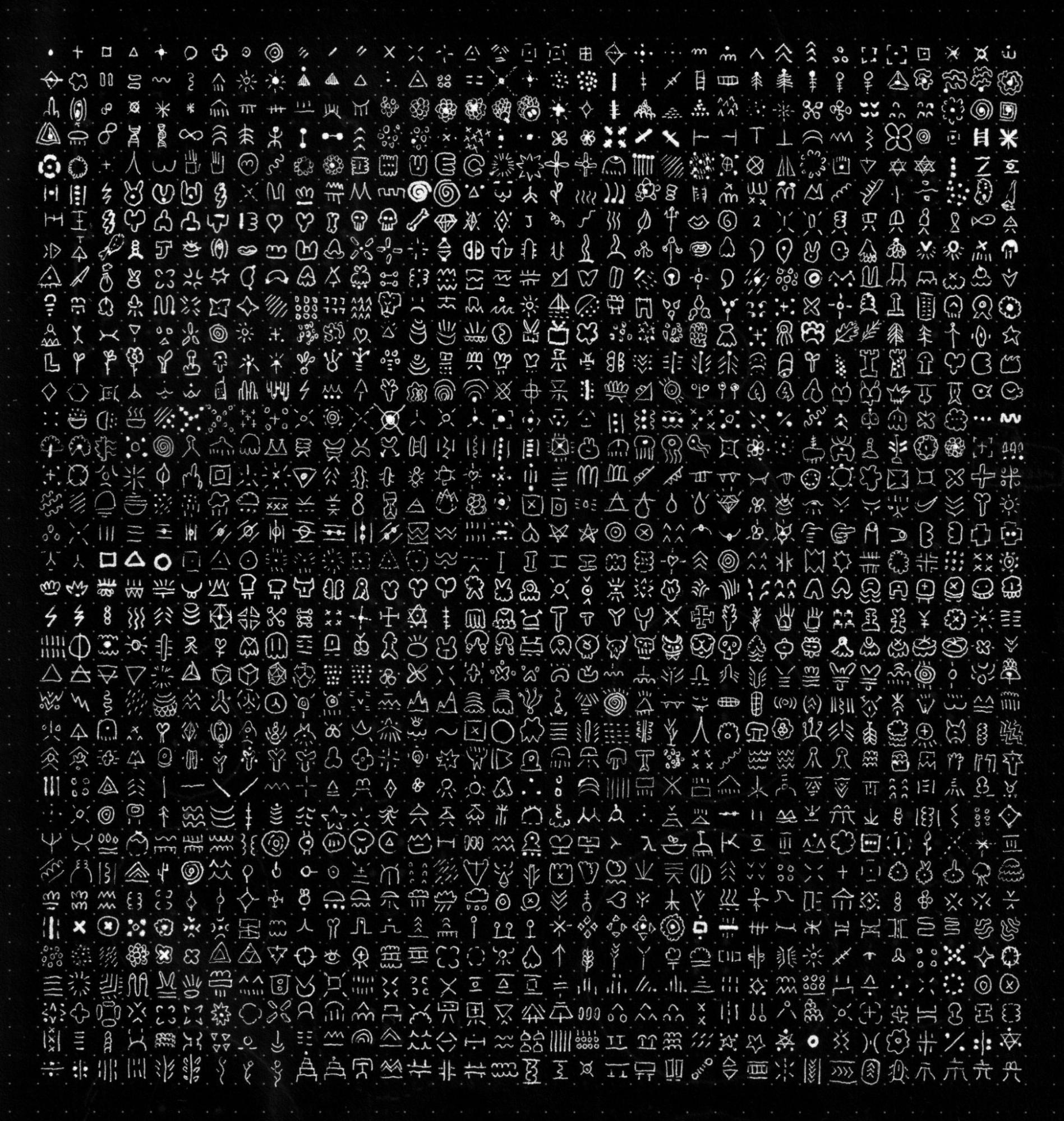 Sigil Grid 1 - Dark (OBJKT#5854)
The Sigil Grid is part of a daily drawing regime where moods and intentions are sealed in a stream of improvised glyphs. It’s a spell cast slowly over an entire season; a dollar cost averaging of psycho emotional gunk. It goes on to serve as a reference library informing various other aspects of my work; anywhere I use sigils/symbols in more concerted ways.
Contemplation Lattice
A different layout/protocol which combines 9 of the above ‘spells’ into one large sequential visualization

IO: Your work seems to be exploring woven loops a lot, could you tell us how that came about?
‍
JP: I first started doing a series in the late 2000s which I called “boiled drawings”. This is what I called woven loops before I heard Caleb Wood refer to them as “woven loops”.
‍
There is something about the structure of a woven loop that I find magical and attractive on a philosophical level. There are deep notions about time and identity buried in this form of animation.

The fact that you can get multiple seconds of animation out of a single second worth of frames messes with my head in a beautiful way. It’s like a hint that time might not work in the way we perceive.

In a woven loop a single frame can hold two different drawings, and once the playhead is running the mind perceives those separate drawings as a seamless continuation of the same entity. It’s like a person existing at two different points in time (ages) simultaneously. It evokes a sense of “block universe” on a visceral level for me.

The Feeling Right Before You Launch (2008)
‍A “boiled drawing” created using Flash. A portrait of the one and only Amit Pitaru from when we were just about to launch a startup… You know the feeling: FFFFOCUSSSS!

Suzie (OBJKT#130307)
Woven loop created using Looom.
IO: Your Hic et nunc bio mentions that you are a trip-sitter, assuming you are experienced in the psychedelic realm, I’m curious what’s the relationship between that realm to your work. Are your works souvenirs from these dimensions?
‍
JP: I could go on for days about my enthusiasm for psychedelics both in terms of helping people who struggle with mental illness and also as a tool for healthy people who want to explore the deepest recesses of their minds, but in short, yes they have greatly influenced me and my work.

JP: Macromedia Flash 1 (right after it was renamed from “Future Splash”).

IO: NormanVR being one of our inspiring projects leading to Looom, please tell us a bit and where its at the moment, future?
‍
JP: NormanVR is an open source VR animation tool / sketchbook I created which runs on the web using Oculus as hardware. Its creation was sponsored by Google Creative Lab in 2017 as a WebVR Experiment.
‍
Named after the aforementioned legend and inspiration, Norman McLaren, NormanVR relates to a lineage of work with close friend and collaborator, Amit Pitaru. In the early 2000’s Amit and I created a minimalist 3D drawing tool called Rhonda. We always thought it would be amazing to make an animation-based continuation of the idea. Amit coded every line of Rhonda while I was more of a test-pilot and creative wingman. With NormanVR I got a chance to code the whole thing myself. Building one’s own tools while using them simultaneously in a tight feedback loop is one of the most exciting creative experiences around imo.

Specifically, NormanVR was the realization of several long standing personal dreams for me: 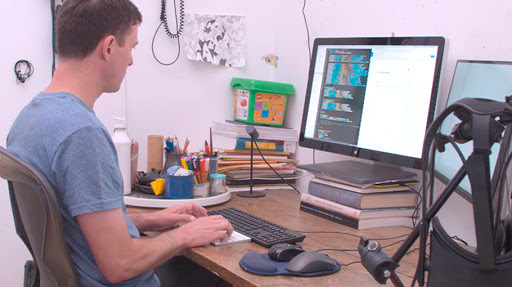 As for where NormanVR is now/next: I ran out of money after the project launched and had to go get a “real job” (recurring pattern in my life) and that was ~5 years ago! I am making a living from my art right now, thanks to NFTs, and once again free of said real job but still haven’t gotten back to the NormanVR work thread. I’m certain I will at some point though.
IO: What is your favorite Ghibli film and why?

JP: Spirited Away! Pure magic. That film deeply touches my mind and heart every time I see it. It offers complete immersion in a world of seemingly infinite imagination. The level of soul invested in every atom of that project is astonishing.
IO: So whats next for you James?

JP: I’m very excited about fxhash, a new generative art marketplace on the Tezos blockchain. It gives its audience the ability to mint surprise one of a kind generative art tokens. For those already familiar with the Ethereum art world you can think of fxhash as being bit like Art Blocks with no gas fees or curation. It’s a beautiful free-for-all of generative art madness.

I recently launched a bespoke home for my fxhash genesis collection, Nouveau Dillsack (animated in Looom!). It lets visitors export their favorite pieces from the collection a la carte as perfectly looping animated GIFs, and also sorts the project based on various colloquial attributes: happiness, synchrony, homogeneity, clamour etc.

Nouveau Dillsack (FXHASH#41)
My genesis project at fxhash, a generative art marketplace on Tezos blockchain, using Adobe Animate (the app formerly known as Flash) to wrangle Looom weaves, then controlling them using Javascript. Very fun workflow!
I’m obsessed with the idea of using a generative crypto art pipeline like fxhash as a birthing tube to populate weird and wonderful aggregate/meta experiences. I’m working along these lines right now for my next release tentatively named, Lemon Princess, also using Looom heavily in the creation of the source material.

Other than that I’m still doing a ton of drawing and quietly working on a generative ambient radio station called Kriller with my good friend and often musical collaborator Stephen Ramsay of Young Galaxy. 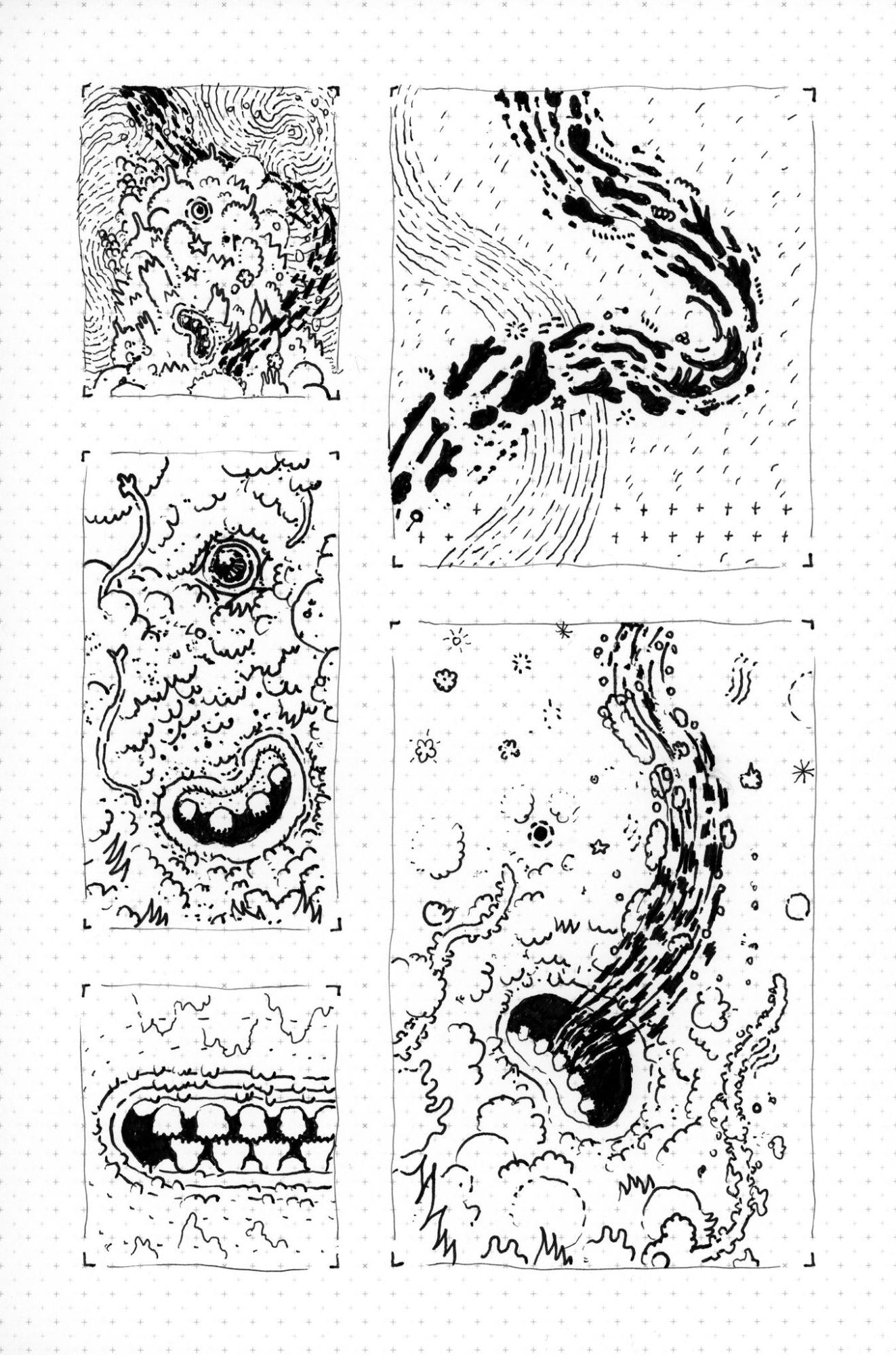 Keep in touch with James and his work: